The House on Seven Winds; The Complete Script

“The House on Seven Winds. The Portrait of Vasyl Makhno” is a documentary feature by a film director Oleksandr Fraze-Frazenko.
This book contains the entire script and all poems from the film. The film is about one of the most notable Ukrainian poets, essayists, and prose writers, Vasyl Makhno. Since moving from Ternopil, Ukraine to NYC at the turn of the millennium, Makhno has established a more concrete sense of identity — one that does not relinquish his Ukrainian roots, rather, it hones them. While embracing how NYC continues to shape him and his writing; he does not detach himself from his home. Makhno, as a character of the movie, and the movie in general allows us to travel through time and be suspended within a moment. Incidentally, Vasyl has the same last name as the famous Ukrainian anarchist and revolutionary of the WWI Nestor Makhno.

Oleksandr Fraze-Frazenko is best known for his feature films about Ukrainian poets, including the renown “Chubai” and “An Aquarium in the Sea”. His style straddles documentary and art house, and his special manner of editing dynamically absorbs the viewer's attention, resulting in truly unforgettable films.

“From Yehuda Amichai to the New York Group, from the state of the Union to the stables of Gertrude Stein, violins in their cases and pregnant foxes in their lairs: Makhno sweeps through the unreal city of immigrant dreams and resident nightmares and gathers it all into poems at once compassionate, witty, and saturated with life. As thoroughly versed in the antics of Ashberry as in the hijinks of Bukowski, Antonych, Du Fu, Makhno enters the American scene a Ukrainian original, enlarging our field of vision. Bracing, embracing, and utterly valuable...”, — Askold Melnyczuk (Founding Editor of AGNI). 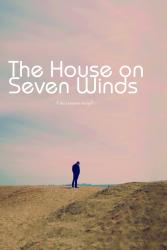